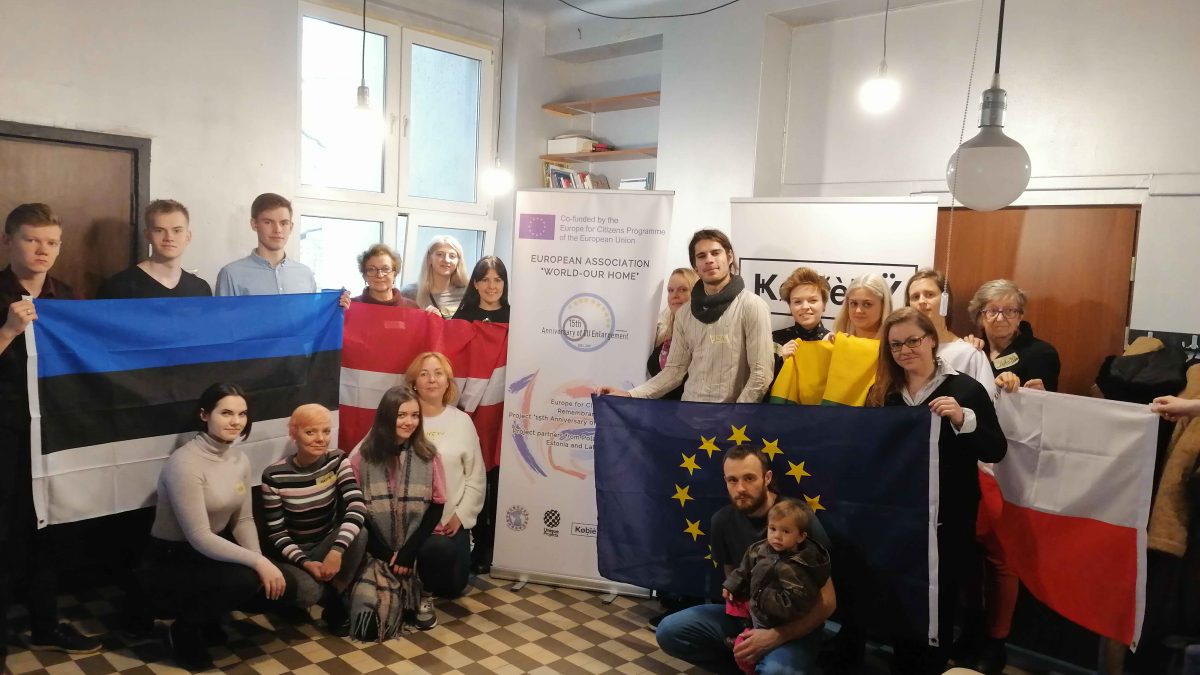 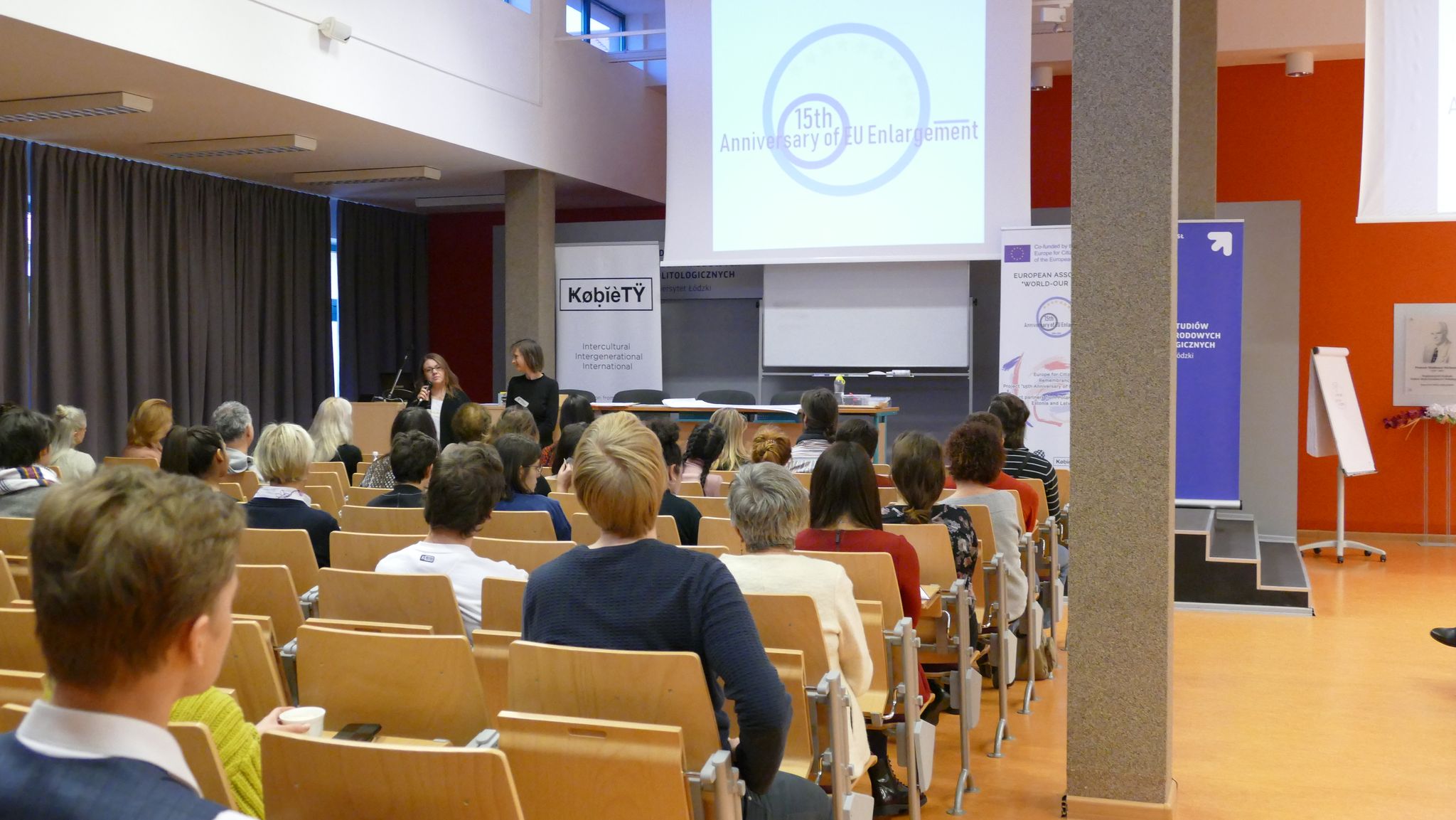 Project "15th Anniversary of EU Enlargement" is financed by Europe for Citizens programme, Strand 1 - Remembrance and co-financed by Ministry of Culture of the Republic of Latvia and created by four organizations from four European countries- Latvia, Estonia, Lithuania and Poland. Participating organizations are KOBIETY.LODZ.PL from Poland, Lodz; Unique Projects from Lithuania, Kaunas; MTÜ Noored Toredate Mõtetega from Estonia, Tartu and the project coordinator European Association “World-Our Home” from Latvia, Rezekne.

2019 is a year of remembrance, marking the 15th Anniversary of the Enlargement of the EU. The theme of the project is devoted to this very important event in the life of a lot of European citizens and European countries.

The AIMS of the project are:
1. to raise awareness of citizens about an important historical, economic and political event in 2004 - the enlargement of the EU, which was the largest expansion of the EU in terms of territory, number of states and population;
2. to involve social organizations, town municipalities, museums, libraries, universities and schools into the project for cross-sectorial cooperation to achieve more success in the activities of the project;
3. to create the stable network of Eastern European countries with the aim to disseminate the values of the EU among European and neighbouring countries, to strengthen the EU on its eastern border, to work together for the benefits of the European society.

MAIN ACTIVITIES:
This anniversary is an excellent starting point for analyses and debates on the Eastern countries' transition from dictatorship to democracy and their 15 years integration and achievements after the EU expansion. Conferences and seminars with presentation of analyses how the EU accession influenced democratic standards and practices in Eastern European countries, photo exhibitions (the theme - comparing the past and the present), video with interviews will be organized in every partner-country. An international conference with final analyses and a common photo exhibition will be held at the end of the project.

OUTCOMES: The final goal of these project's analyses, TV debates, public events, photo exhibitions, video is to promote the achievements of European expansion process and to advance future development of the EU. The network of EE countries will be created also for this purpose as a result of the project. About 390 direct and 20000 indirect participants will be involved in the project.
Project started in 2019 and it will be finished in 2021.

More information you can find in the home page of the project. 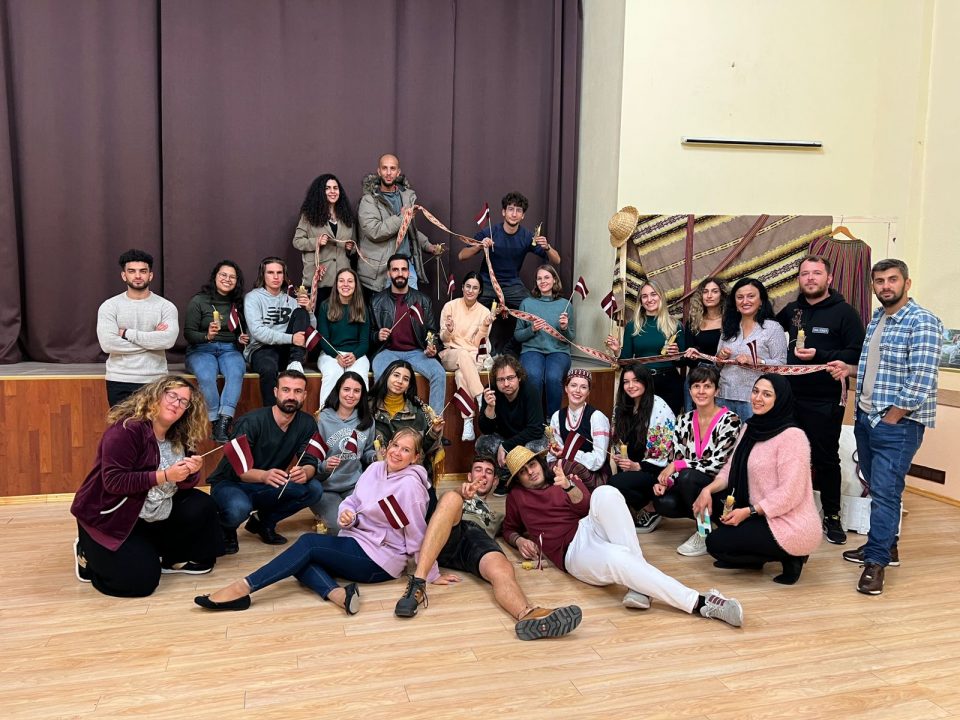 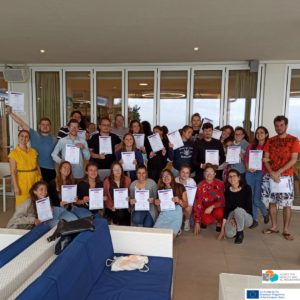 Training Course “Don’t be mean behind the screen” in Croatia 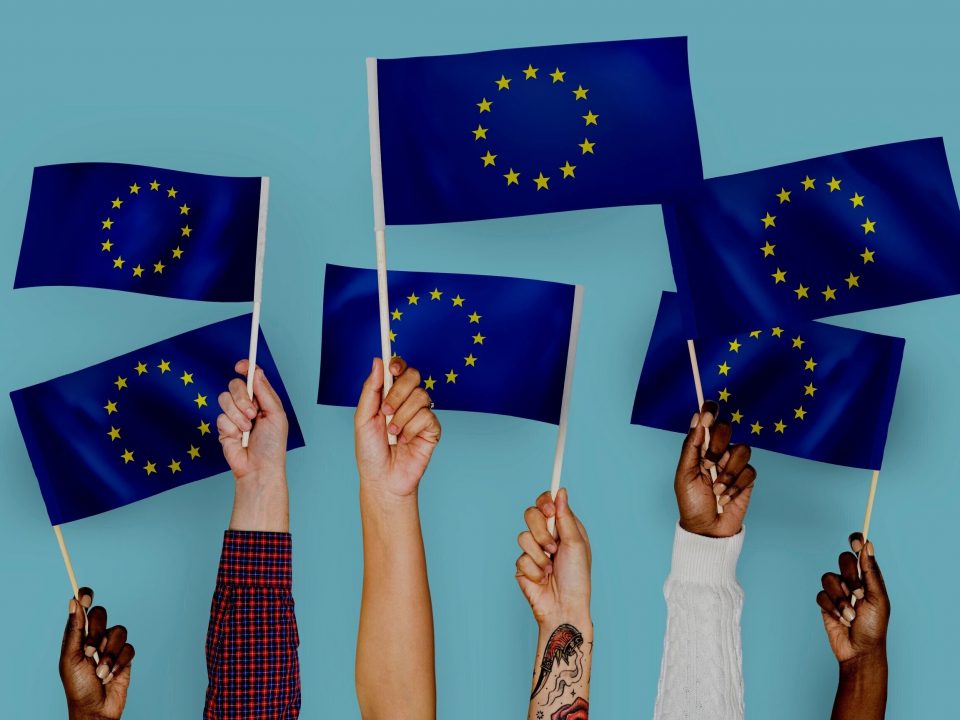